Recently, professors Jaephil Cho, Sung You Hong, and Nam-Soon Choi of Ulsan University of Science and Technology in South Korea, as co-authors, published an article entitled "Unsymmetrical fluorinated malonoborate as an amphoteric additive for high-energy-density lithium-ion batteries" in Energy & Environmental Science. "The research article. The researchers introduced the electrolyte additive LiFMDFB, which has a double modification on the positive and negative electrodes, and improved the electrochemical performance of a full cell based on a lithium-rich positive electrode and a silicon-carbon negative electrode with the help of FEC. 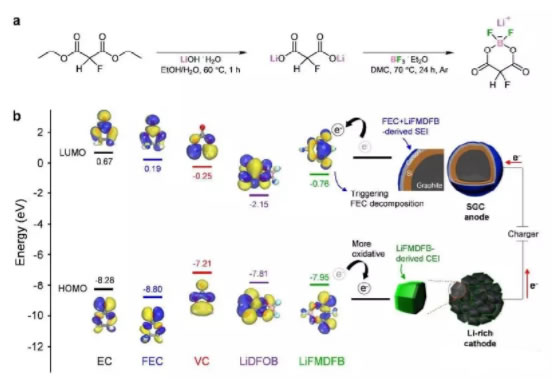 Comparing the highest occupied molecular orbital (HOMO) energy level and the lowest unoccupied molecular orbital (LUMO) energy level of the EC, FEC, VC, LiDFOB, LiFMDFB and other substances listed in the figure, it can be found that the LUMO energy level of LiFMDFB is lower than the LUMO of FEC. The energy levels indicate that the LiFMDFB has a stronger electron affinity and will be reduced by electrons before the FEC is decomposed and adhered to the surface of the negative electrode material. At the same time, LiFMDFB has a higher HOMO level than EC and FEC, and preferential loss of electrons is oxidized. The preferential reduction is preferentially oxidized at the same time, which makes it possible for LiFMDFB to generate protective barriers simultaneously at the positive and negative electrodes. Applying it to a full battery with a lithium-rich anode and a silicon-carbon anode, the battery's energy density, Coulomb efficiency, and cycle stability have all been significantly improved. The improvement of the battery performance is due to the fact that the LiFMDFB-induced positive electrode protective layer prevents the intergranular crack generation of the lithium-rich material and the irreversible transition from the layered to the spinel phase, while the negative SEI film induced by LiFMDFB+FEC is effectively suppressed. The volume expansion of silicon.

Figure 2: (a) Comparison of Cyclic Stability of Li-enriched/silicon-carbon Full Cells with and without LiFMDFB Additives

(b): Comparison of lithium-rich/silicon-carbon full battery rate performance with or without LiFMDFB additive 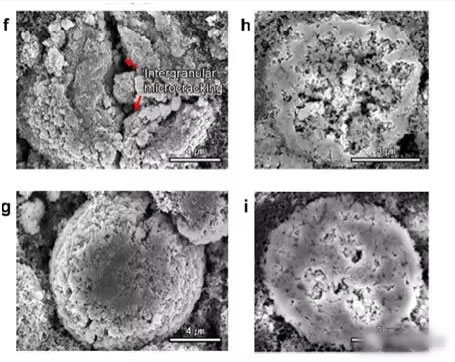 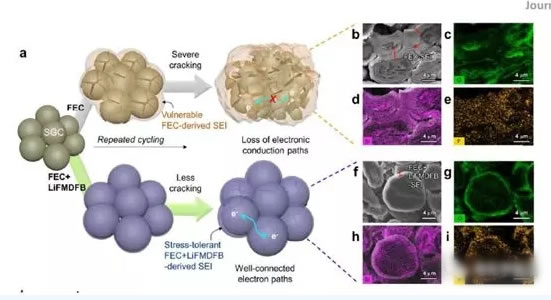